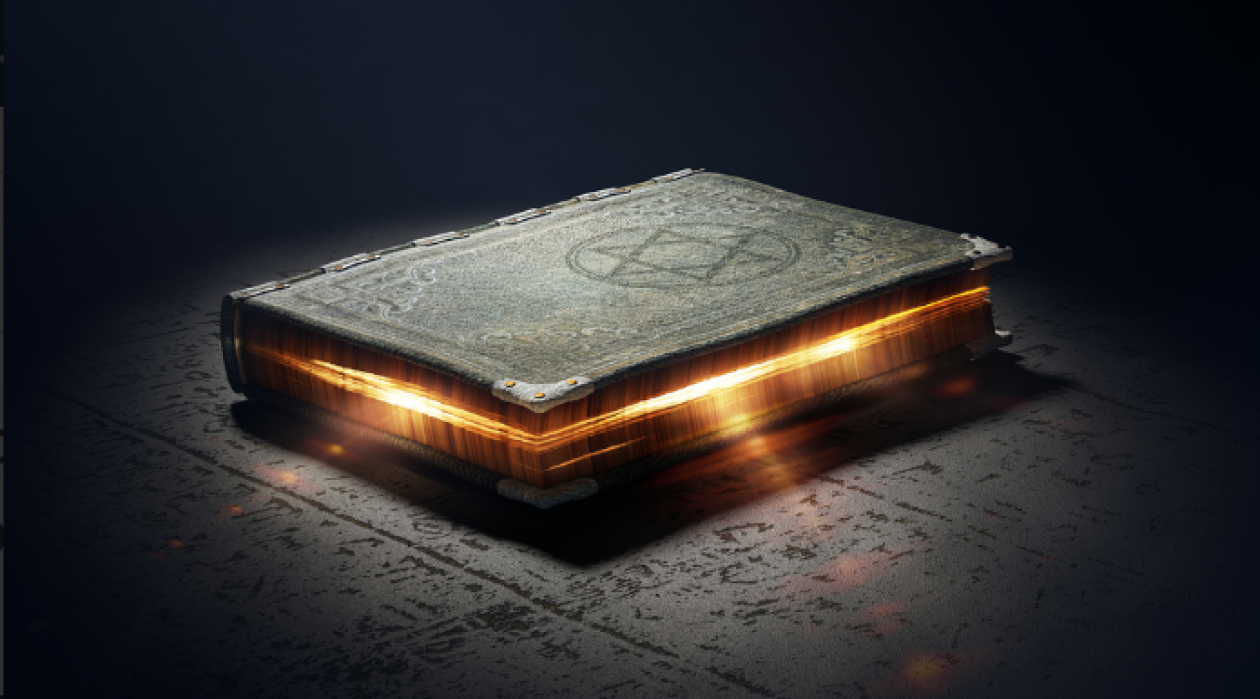 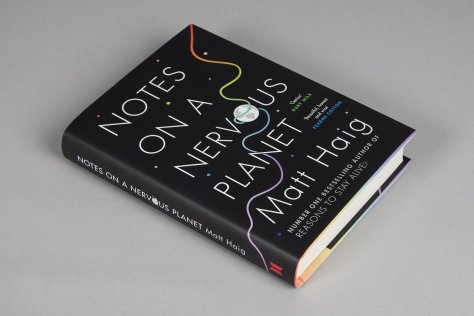 How to stay sane on the internet: a list of utopian commandments I rarely follow, because they are so damn difficult

2.Don’t type symptoms into Google unless you want to spend seven hours convinced you will be dead before dinner.

3.Remember no one really cares what you look like. They care what they look like. You are the only person in the world to have worried about your face.

4.Understand that what seems real might not be. When the novelist William Gibson first imagined the idea of what he coined ‘cyberspace’ in 1982’s ‘Burning Chrome’, he pictured it as a ‘consensual hallucination’. I find this description useful when I am getting too caught up in technology. When it is affecting my non-digital life. The whole internet is one step removed from the physical world. The most powerful aspects of the internet are mirrors of the offline world, but replications of the external world aren’t the actual external world. It is the real internet, but that’s all it can be. Yes, you can make real friends on there. But non-digital reality is still a useful test for that friendship. As soon as you step away from the internet – for a minute, an hour, a day, a week – it is surprising how quickly it disappears from your mind.

5.Understand people are more than a social media post. Think how many conflicting thoughts you have in a day. Think of the different contradictory positions you have held in your life. Respond to online opinions but never let one rushed opinion define a whole human being. ‘Every one of us,’ said the physicist Carl Sagan, ‘is, in the cosmic perspective, precious. If a human disagrees with you, let him live. In a hundred billion galaxies, you will not find another.’

6.Don’t hate-follow people. This has been my promise to myself since New Year’s Day, 2018, and so far it is working. Hate-following doesn’t give your righteous anger a focus. It fuels it. In a weird way, it also reinforces your echo chamber by making you feel like the only other opinions are extreme ones. Do not seek out stuff that makes you unhappy. Do not measure your own worth against other people. Do not seek to define yourself against. Define what you are for. And browse accordingly.

7.Don’t play the ratings game. The internet loves ratings, whether it is reviews on Amazon and TripAdvisor and Rotten Tomatoes, or the ratings of photos and updates and tweets. Likes, favourites, retweets. Ignore it. Ratings are no sign of worth. Never judge yourself on them. To be liked by everyone you would have to be the blandest person ever. William Shakespeare is arguably the greatest writer of all time. He has a mediocre 3.7 average on Goodreads.

9.Never delay a meal, or sleep, for the sake of the internet.

10.Stay human. Resist the algorithms. Don’t be steered towards being a caricature of yourself. Switch off the pop-up ads. Step out of your echo chamber. Don’t let anonymity turn you into someone you would be ashamed to be offline. Be a mystery, not a demographic. Be someone a computer could never quite know. Keep empathy alive. Break patterns. Resist robotic tendencies. Stay human.

Be careful who you pretend to be

KURT VONNEGUT said, decades before anyone had an Instagram account, that ‘we are what we pretend to be, so we must be careful who we pretend to be’. This seems especially true for the social media age. We have always presented ourselves to the world – chosen which band T-shirt to wear and which words to say and which body parts to shave – but on social media the act of presenting is heightened a stage further. We are eternally one step removed from our online selves. We become walking merchandise. Our profiles are Star Wars figures of ourselves.

A picture of a pipe is not a pipe, as Magritte told us. There is a permanent gap between the signifier and the thing signified. An online profile of your best friend is not your best friend. A status update about a day in the park is not a day in the park. And the desire have always presented ourselves to the world – chosen which band T-shirt to wear and which words to say and which body parts to shave – but on social media the act of presenting is heightened a stage further. We are eternally one step removed from our online selves. We become walking merchandise. Our profiles are Star Wars figures of ourselves.

Make ourselves see what we pretend to know. Remind ourselves that we are an animal united as a species existing on this tender blue speck in space, the only planet that we know of containing life. Bathe in the corny sentimental miracle of that. Define ourselves by the freakish luck of not only being alive, but being aware of that. That we are here, right now, on the most beautiful planet we’ll ever know. A planet where we can breathe and live and fall in love and eat peanut butter on toast and say hello to dogs and dance to music and read Bonjour Tristesse and binge-watch TV dramas and notice the sunlight accentuated by hard shadow on a building and feel the wind and the rain on our tender skin and look after each other and lose ourselves in daydreams and night dreams and dissolve into the sweet mystery of ourselves.

Life is beautiful (but)

LIFE IS BEAUTIFUL. Even modern life. Maybe even especially modern life. We are saturated with a billion kinds of transient magic. We can pick up a device and contact people a whole hemisphere away. We can, when choosing a holiday, look at the reviews of people who stayed in our desired hotel last week. We can look at satellite images of every road in Timbuktu. When we are ill, we can go to the doctor and get antibiotics for illnesses that could once have killed us. We can go to a supermarket and buy dragon fruit from Vietnam and wine from Chile. If a politician says or does something we disagree with, it has never been easier to voice that disagreement. We can access more information, more films, more books, more everything, than ever before.

When, back in the 1990s, Microsoft’s slogan asked, ‘Where do you want to go today?’ it was a rhetorical question. In the digital age, the answer is everywhere. Anxiety, to quote the philosopher Søren Kierkegaard, may be the ‘dizziness of freedom’, but all this freedom of choice really is a miracle.

But while choice is infinite, our lives have time spans. We can’t live every life. We can’t watch every film or read every book or visit every single place on this sweet earth. Rather than being blocked by it, we need to edit the choice in front of us. We need to find out what is good for us, and leave the rest. We don’t need another world. Everything we need is here, if we give up thinking we need everything.

An excess of everything

THERE IS, IN the current world, an excess of everything.

Think of just one single category of thing.

Think, say, of the thing you are holding – a book.

There are a lot of books. You have, for whatever reason, chosen to read this one, for which I sincerely thank you. But while you are reading this book you might also be painfully aware that you aren’t reading other books. And I don’t want to stress you out too much but there are a lot of other books. The website Mental Floss, relying heavily on data from Google, calculated there were – at a conservative estimate – 134,021,533 books in existence, but that was halfway through 2016. There are many millions more now. And anyway, 134,021,533 is still, technically, a lot.

We didn’t always have so many books, and there was an obvious reason. Before printing presses books had to be made by hand, written on surfaces of clay, papyrus, wax or parchment.

Even after the printing press was invented there wasn’t that much stuff to read. A book club in England in the early 16th century would have struggled as there were only around 40 different books published a year, according to figures from the British Library. An avid reader could therefore quite easily keep up with every book that was published.

‘Whatever there is, Cedric,’ would be the reply.

However, the situation changed quite quickly. By the year 1600 there were around 400 different titles being published per year in England – a tenfold increase on the previous century.

Although it is said that the poet Samuel Taylor Coleridge was the last person who read everything, this is a technical impossibility as he died in 1834, when there were already millions of books in existence. However, what is interesting is that people of the time could believe it was possible to read everything. No one could believe such a thing now.

We all know that, even if we break the world record for speed reading, the number of books we read will only ever be a minuscule fraction of the books in existence. We are drowning in books just as we are drowning in TV shows. And yet we can only read one book – and watch one TV show – at a time. We have multiplied everything, but we are still individual selves. There is only one of us. And we are all smaller than an internet. To enjoy life, we might have to stop thinking about what we will never be able to read and watch and say and do, and start to think of how to enjoy the world within our boundaries. To live on a human scale. To focus on the few things we can do, rather than the millions of things we can’t. To not crave parallel lives. To find a smaller mathematics. To be a proud and singular one. An indivisible prime.

no love without freedom, no freedom without love

“We meet ourselves time and time again in a thousand disguises on the path of life.” ~ Carl Jung

Promote Your Page Too